Once in a lifetime seeing Aurora – the streamers of northern/southern colorful lights dancing in the dark sky – perhaps is the dream of many people, including me. Called it a dream because it is unreal and not easy to complete. The magnificence of Aurora is that there is no switch to turn it on and no weather expert can accurately predict its appearance.

I have never understand the meaning of the word “Moment” as clearly as such. When the magic green lights of the northern aurora began to dance in the dark sky, nothing was really matter, but only a huge streamer of colorful lights floated behind the trees on a snow-covered front-ground. And that was my moment in the journey of chasing the magic.

The first question is – What is the Aurora that makes many people so enamored. Uncle Google will surely has a scientific and sophisticated answer. I just interpret it in my simple language, basically this is a phenomenon of “natural electric shock”, like when the positive and negative terminal of an electric outlet touch each other to emit light rays. This electric drive is the sun, and the positive and negative collision occurs outside the earth, then the light rays of that electric shock is the Aurora. Once it shows up, the enchanting beauty of huge streamers of multicolored lights, dancing in the dark sky will touch the emotions of those who luckily see it.

As a natural phenomenon, Northern Aurora occurs every year, more frequent in the winter, from October to March. The gorgeousness of the Aurora is primarily dependent on a harmonized combination of the four main factors:

What you can do is the first two elements, to make yourself present at night in the freezing winter somewhere on the arctic circle, which in itself is a significant effort. The things that you can’t control are the latter two. Whether the sky is clear and the sun is active during your stay in those places depend very much on your luck and your fate.

People often refer the Aurora dream as a “hunt”, hunting for a magical and unreal thing. In that hunt, if your ultimate goal is seeing the Aurora, you can return with empty hands. For me, right from the planning stage, the purpose of my trip is to to experience several new things for the first time: seeing the snow for the first time (then experienced the extreme cold at -15 oC and a blizzard), first time driving a car on snowy roads, first time driving snowmobile on a frozen lake, first time riding a dog sled and first time seeing reindeer. Of course seeing the aurora is also my first time, but I thought it would be a fate. If I’m lucky enough, I will see it.

MY FATE WITH AURORA – OH REALLY, THAT’S IT?

During eight nights I was in Abisko (Sweden) and Lofoten (Norway), the two regions that are considered to be the best places in northern Europe to see aurora, that fate happened right on the first night and also was the only night. After that night, we witnessed the sudden change of weather. A fierce blizzard completely paralyzed all types of transportation in Abisko, followed by nights of dense clouds and heavy snowfall, accompanied by constant roaring winds.

If I have to describe my feelings at the very first moment seeing the Northern aurora, that is the phase “Oh really, that’s it?” Oh God, can you believe it, how could I say that when so many people weren’t as lucky as me. But that was my true feeling. In those first moments, the aurora lights were the pale green streaks that our normal eyes could not see. Only a camera with long exposure mode could record it. “Oh really, that’s it?”

I thought I would be able to admire the magnificent sparkle of the multicolored Aurora streamers (like the images on the Internet) with my own eyes, not through the lens of a camera. I understood that “images are for illustrative purposes only”, but couldn’t imagine its power to turn around the reality.

After a moment of shocking and confusing, a strong wind blew away the huge gray cloud, making the sky clearer. Thanks to that, the pale green streak became visible and started dancing. Till then, our eyes could see the different colors of the northern aurora. Turquoise was still the dominant and most visible color, purple and light blue appeared here and there, only for a moment.

The dazzling dance of the glowing mysterious green lights made us all understand the meaning of the word – MOMENT. It is truly spectacular and could not be expressed in words. At that time, the temperature was about -7oC, but no one seemed to care about this freezing cold. Everyone stood quietly side by side, watching the magic going on in the sky with wide eyes, both through the camera screen and up in the sky, either comparing or admiring. Then suddenly, we realized that this magnificent lights could disappear any time, hence we rushed to use our camera to capture our special moment in life.

I took my camera to another place, continued to enjoy the magic of nature for a while longer. Thanks to my friends who didn’t forget me when taking group photo, I got a picture with the aurora.

Now I understand why all the tours for Aurora chasing are named as Photography tour. Because if there is no camera, people will utter like me “Oh really, that’s it?”. My review may be bias as it was based on a single night of seeing aurora, in the time that considered as the last year of the minimal aurora cycle. If you are planning to conquer this dream, please wait for another 4-5 years, then the northern aurora enters the maximum active cycle again. At that time, your luck would be much higher than mine, and you don’t have a chance to say “Oh, really, that is it”.

Shooting in the dark

Me in snow storm 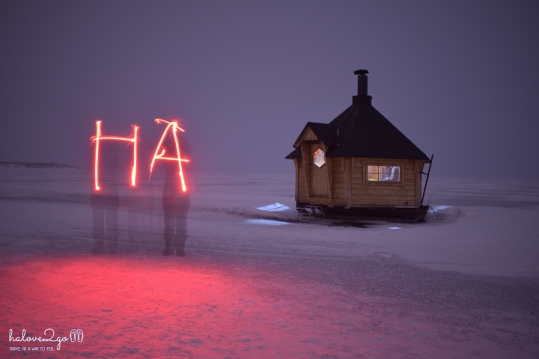 During the long nights waiting for the Aurora without seeing it, my friends and I found some tricks to play with the camera and the dark: practicing long exposure photography with the moon and writing my name with lights. Drinking fruit juice mixed with whiskey, eating nuts and snacks in small tents with the flickering fire or experiencing a snow storm in a late night became our unforgettable precious memories in the journey of hunting Aurora. 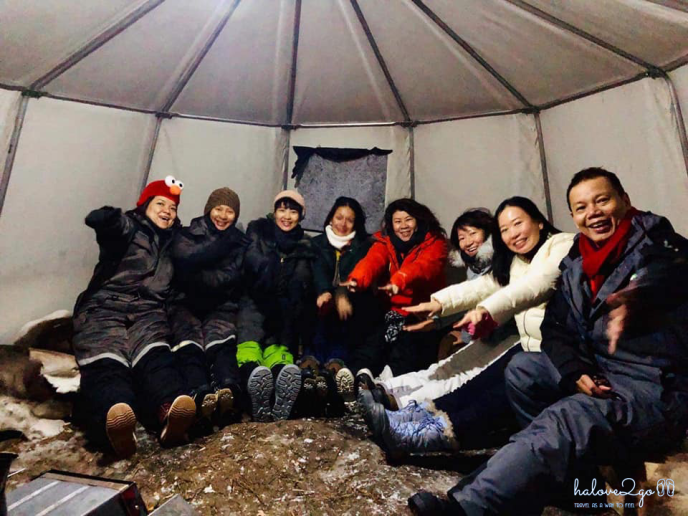 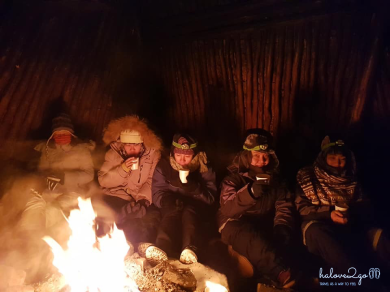 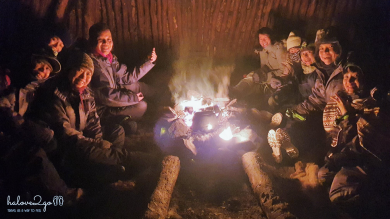 Should we DIY or book a Aurora hunting tour?

If you go “hunting” the Aurora for the first time (like me) or not as a professional hunter, the best way is to book a tour. That doesn’t mean they’ll guarantee that you see it, but it will increase your chance. They know how to read the signs of the weather, have the means of transportation to take you every night to different places, as well as to have warm shelters for the freezing nights waiting for the miracle to appear.

I don’t like traveling on a tour at all, but with Aurora hunting, I think my best decision was to book a tour. We booked a 5-day and 4-night tour in Abisko and we saw the Aurora on the first night. In those days, the tour guide showed us how to read the forecasting indicators on Spaceweather.com, as well as gave us a thorough guide to watching the clouds, the moon and the stars to predict if there is the Aurora.

We brought that newly-learnt knowledge to Lofoten, felt confident that we would do the hunt ourselves. But the luck did not come again. In the dark nights, we ran away from the city lights, to the North, tried to find the dark place, tried to read the signs of the weather, but that was too difficult. So if we didn’t book the tour, we wouldn’t have been able to see the Aurora on the first night in Abisko. 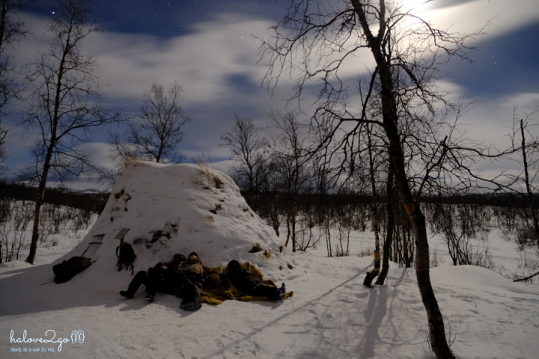 Of course, the price of the Aurora hunting tour is extremely expensive. We booked that tour of Lights Over Lapland in Abisko for US$ 2000, including half board hotel for 4 days and 4 nights of Aurora hunting. Their service was excellent. In many travel agencies, this is the company that answered us quickly and fully when we planned the trip. They also dedicated to help us beyond the tour: taking a delayed luggage from the airport to the hotel for my friend, arranging rooms and changing the schedule to watch Aurora when we faced a snowstorm.

Important tips for a Aurora hunt

The most important thing in this hunting trip is

Why do we choose Abisko (Sweden) & Lofoten (Norway)?

When choosing the location for hunting northern Aurora, among the countries on the Arctic Circle, the Scandinavian region is the place where many of us have never visited. Therefore, Norway, Sweden, Finland are the destinations that we look forward to.

By the time we had to decide the exact places in these three countries, we read many reviews and online articles. The destination has not only high possibility to see the Aurora, but also prestigious tour organizer, beautiful natural landscape and other winter activities. Abisko & Lofoten are two places that meet our criteria. 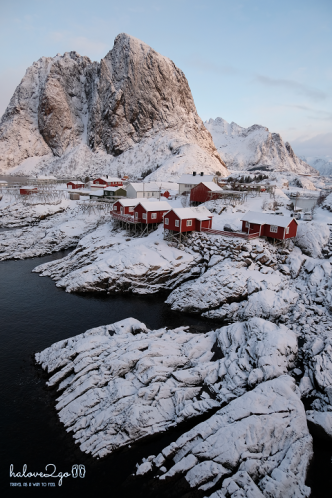 Read my other articles about this trip

Một suy nghĩ 2 thoughts on “My fate with Aurora – Oh really, that’s it?”